A post describing a site, bookmarklet, font or icon set, or other resource.

I've been developing a responsive theme for a new site, and I've found Responsive Design Bookmarklet extremely useful. Just drag the button from the site to the bookmark bar in your browser and when you activate it, you'll have the ability to shrink the viewport to a number of pre-set widths.

PHP vs. Ruby vs. Python

I just stumbled across this great infographic from columnfivemedia. It offers a comparison of what are currently the most popular server-side languages: PHP, Ruby, and Python. The graphic also includes charts showing what combination of languages are most likely to get you a job.

Getting Sketchy with Wireframes

It wasn't that long ago that my process for developing a website for a client was to create some visual mock-ups in Photoshop, get feedback, make changes, and then get coding. More recently, I've adopted the practice of starting with wireframes for any project that requires input from a client.

There's a new code editor in town, and it's free and open source. Brackets is an editor specifically designed for web development, focusing on CSS, HTML, and JavaScript. What makes it unique is that it is also built in those same languages. 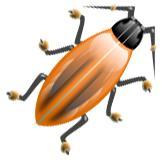 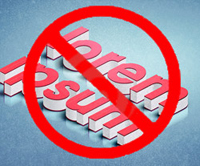